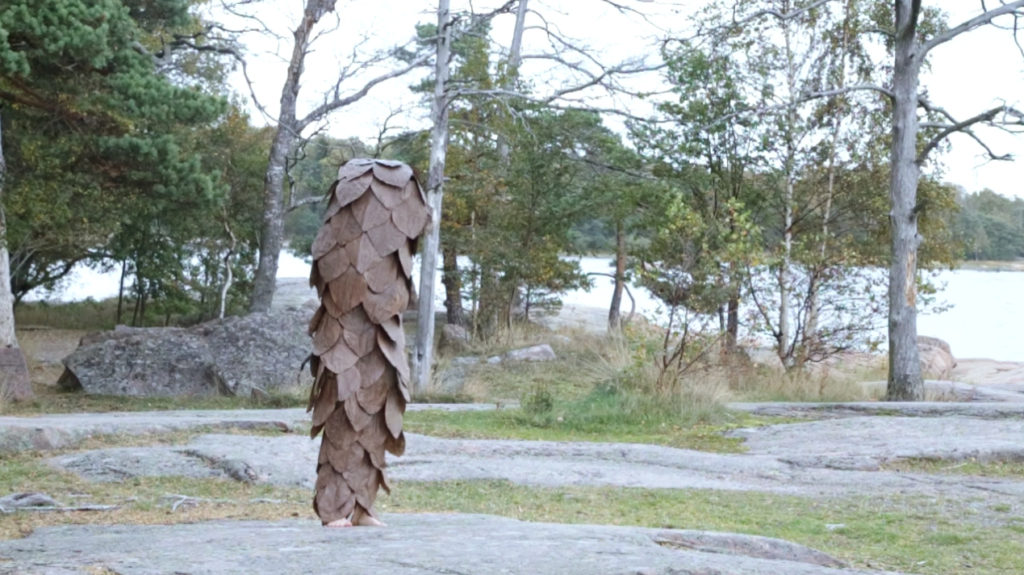 Still from When the inland ice pulled back from Sweden, the grain migrated from the north by Ingela Ihrman (2o15)

The 21st of December is the shortest day of the year. It’s also the day when we’re shuffling in short films of all different kinds. For adults and children. Both at the cinema, as well as in the TV-couch, at the bar, and on the net. The short film day is an initiative from the Swedish Film Institute.

During the Short Film Day at Skånes konstförening, we will show shorts that in various ways connect to the artist’s relation to nature and how artists can capture the nature film as a format for art. In 2017, we’ve had several exhibitions dealing with the relationship between humans, nature and animals and we are now finishing the year by showing how artists have taken the short film format to investigate these issues. Special for this year’s event is that we will have multiple live reportings of a rural landscape in northern Norway by artist Marte Edvarda Tidslevold during the evening.

LIVE: The artist Marte Edvarda Tidslevold reports from the rural landscape in northern Norway during the evening.

Ingela Ihrman Showcase:
When the inland ice pulled back from Sweden, the grain migrated from the north (2015, 4:03 min)
“Dressed in a self-made fir cone costume I walk from north to south, allowing spruce cone seeds made of thin brown paper fall to the ground along my path. Popular scientific literature talks about how the Norwegian spruce came wandering in from the north when the ice sheet withdrew from the Nordic countries 10000 years ago. The spruce “came” at a certain speed, infinitely slow, but still.” Video documentation from performance at Lauttasaari, Helsinki, 2015-10-04.

GREEN PARADISE / What Jan Lindblad would have seen from the inside of the anaconda (2009, 9:13 min)
The video is a continuation of the minute-long clip in which the Swedish nature film maker Jan Lindblad (1932-1987) wrestles with a large anaconda in a brown river.  The anaconda struggle took place during one of Lindblad’s recording trips to Guyana’s rainforest in the 60’s. The idea was that Lindblad would shoot an anaconda with his underwater camera, but it all dragged out since the sound equipment had been forgotten in the bass camp. Meanwhile, during the time it took them to fetch the equipment, the anaconda, which was  placed on a rock in the river, began to move. Lindblad threw himself onto his subject to stop it from running away, but the snake then went to attack. In Ingela’s gastroscopic video, we can see what Lindblad’s (camera) eye would have seen on his journey, deeper and deeper into the snake as if he had been eaten by the anaconda after the wrestling.

Nina Lassila Showcase:
Clara S. was here (2012, 6:00 min)
A character called Clara Sturm buys a leopard statue and wants to write a story or a manuscript about it. A voiceover describes her thoughts and feelings during the process. The video footage shows us different acts of a woman becoming a cat like person, exotic, wild and free.

The Great Lake (2010, 7:14 min)
We are walking down a path towards a lake in northern Finland. It’s midnight. We hear a voice mumbling something in the background. A voiceover describes the situation, over and over again – because she wants to do it correctly. We hear about a person’s effort to connect to this place. Later on the camera turns to the slightly drunk protagonist and the voiceover criticizes the action.

The film programme is curated by Janneke Schoene & Louise Waite.